What do you have to do to move to Puerto Rico?

September 2020 Update: Due to the COVID-19 pandemic, regulations for entry into Puerto Rico have changed. Because moving is considered essential business, you can still enter Puerto Rico as long as you follow the travel requirements they’ve put in place. This may include arriving with proof of negative test or self-quarantining.

There’s a lot to coordinate before you book a one-way ticket to Puerto Rico — from finding a way to move all of your household belongings to securing housing and jobs. And there may be questions that need answering before the move. What paperwork is required? Can you bring your pet with you? What are the transportation options on the island? We’ve got the answers!

Use this resource to learn:

Options for moving to Puerto Rico

Since driving to the island isn’t possible, you’ll have to find a moving service to get your stuff there.  Options include a full-service mover or a self-moving company. If you need help with all parts of the move — packing, loading, transportation and unloading — then the higher-priced full-service route might be worth it. But if you’re moving to Puerto Rico on a budget (or want the control of doing some work on your own), a DIY service will be the best option.

What paperwork will I need to ship my stuff to Puerto Rico?

To move household belongings into Puerto Rico, you may be required to complete an Electronic Exportation Information Form (EEI). It’s necessary if you’re moving any single item or group of similar items (like a guitar collection) with a used value of more than $2,500. While customs fees don’t apply, your household goods are subject to an excise tax. After you arrive, you’ll need to clear your belongings at the local tax office before delivery. If you’re moving with U-Pack, our local service center can do this for you if you provide the following documentation:

A tax official will check everything, apply the tax and clear your shipment. Be truthful about the cost of items — if they believe there is a discrepancy, you could be penalized with fees.

Many companies that handle household goods are not licensed to transport vehicles. For example, U-Pack® can move personal belongings to Puerto Rico but doesn’t transport automobiles. We recommend Mr. Car Shipper® for vehicle transport. Contact them at 877-528-9627 for a quote.

One big part of importing a vehicle is paying the excise tax based on the value of the automobile. Estimate the tax total based on vehicle data using the calculator here.

Getting your vehicle to Puerto Rico is only the first step — you’ll also have to get a driver’s license and register the car. You’ll need to obtain a Puerto Rican driver’s license within 30 days of moving. If you have a valid U.S. driver’s license, requirements for a license in Puerto Rico include an eye exam, a written exam and payment of a $10 fee. Make an appointment with CESCO online before you go to make the process easier.

The Department of Transportation is where you’ll get the vehicle inspected and register it.

Moving with kids to PR

If you have children, there are a few more things to consider. Use these tips to arrange everything from travel plans to finding the best school and getting around the island:

Want more info? Read our guide to moving with kids.

Moving pets to the island

There are no current quarantines for moving a pet to Puerto Rico — but there are a couple of important requirements. Your pet should be up-to-date on vaccinations and in good health before traveling. You'll need to provide an official health certificate (dated within 30 days of traveling) containing: the animal description (age, sex and breed), the date of tests and the name of the laboratory or person performing the tests, date of vaccination, name and address of owner and destination address. Dogs and cats over four months must also have a recent rabies vaccination (within six months of traveling).  If you’re bringing in any other types of animals, check for the requirements here.

Puerto Rico is 3,515 square miles of pure Caribbean paradise (fun fact: the island could fit inside Texas nearly 75 times!). The mountains, rainforest, beaches, and rivers make this a gorgeous place to call home, and with 78 municipalities (counties) that each has its own local flavor, finding a neighborhood that fits your lifestyle should be easy. Before moving, visit with the eyes of a resident. Look for local amenities, consider potential commutes, and find the area that’s best for your family. We also recommend brushing up on Spanish since it’s the primary language spoken by the 3.4 million residents. However, many people know some English or are bilingual, so don’t worry if you’re arriving with little Spanish knowledge. You’ll pick up plenty once you arrive.

According to Numbeo, the cost of living in Puerto Rico is 8.8% lower than living in the U.S. While some of the metro and tourist towns may be more expensive, many areas are quite affordable. According to prices listed on Expatistan, expenses in San Juan currently are very comparable to those in the United States — $8 for a fast food meal, $848 for monthly rent in a 900-square-foot apartment in an average area, and $15 for two movie tickets. Check local wage estimates and employment information from the Bureau of Labor Statistics to find out potential earnings.

Puerto Rico real estate is a buyer’s market, which is good news if you’re moving to the island. Housing rates, both purchasing and renting, are lower than the average across the U.S. Of course, in the larger cities, like San Juan or Ponce, real estate prices will be higher than quaint neighborhoods. But in general, it’s pretty affordable. You can find a range of accommodations, from smaller beach bungalows to luxury properties with private vineyards, depending on your needs and budget.

Most Puerto Ricans have their own vehicles. There’s an extensive system of highways and roads connecting locations across the island for easy travel. But there are also several ways to get around the island without driving. Local public transportation features a metro system with rapid transit, buses and shuttles. Tren Urbano, the rapid transit system, is the first of its kind in the Caribbean! There is also ferry service, both public and private, to various places around the island and to other nearby islands. If you need to leave Puerto Rico, there are several airports including two international airports: Luis Munoz Marin Airport, known as San Juan International Airport, and Rafael Hernandez Airport in Aguadilla.

Some of the major industries are manufacturing, finance, insurance and tourism. Finding work in Puerto Rico won’t be much different from applying in the states, except that it’s typical for a potential employer to ask for a Certificate of Good Behavior/Certificate of No Criminal Conviction from the local police department. You can apply for a form online here.

The weather is warm year-round, with average highs ranging from the mid-60s in January to mid-90s in June, depending on the elevation. Trade winds continuously blow across the island, so a constant breeze is normal. Rainfall varies based on location, with some areas being much wetter with over 170 inches per year and some getting only around 30 inches per year. The wet season goes from April to November, with occasional thunderstorms bringing heavy rains. The main severe weather threat is hurricanes, which typically happen from June to November.

Puerto Rican residents (those who relocate and spend at least half the year there) are not subject to U.S. federal income taxes on their Puerto Rico source income. There are also tax incentives — Act 20 Export Service Act and Act 22 Individual Investors Act — which might provide breaks for moving businesses or investments to the island. Talk with a tax expert to find out how you might benefit.

Interesting things about moving to the Island of Enchantment

Puerto Rico is a unique place. It’s part of the United States, but it feels like an exotic location, too. If you don’t remember from middle school history, it became a U.S. Territory in 1898 during the Spanish-American War. That means you can travel there without a passport or visa. And there are definitely some fascinating things about living there.

The differences and similarities

Puerto Rico has local autonomy while also falling under the control of the U.S. Congress. Residents are U.S. citizens with all the benefits except one: voting for the U.S. President in general elections. Here are some other similarities and differences to living in the states:

The USPS services Puerto Rico, so local postal rates are the same as in the states. However, it may take longer for items to ship from the continental U.S. than a domestic shipment would.

One of the unique things about living in Puerto Rico is the long Christmas season. Their Christmas season stretches from the day after Thanksgiving to January 6, known as Epiphany or Three Kings Day. There are lots of local holiday customs including special foods, drinks, parades, and even clothing. Some special celebrations include Christmas Eve, called Nochebuena, which is traditionally a big dinner with family and friends. You will likely encounter groups of neighbors in a Parranda, or a group of carolers. Dia de los Innocentes, or the Day of the Innocents, is a festival of the masks (similar to Mardi Gras) that happens on December 28. And the season concludes on Dia de Reyes, or Three Kings Day, with a gift exchange.

How to move to Puerto Rico with U-Pack

Are you ready to plan your move? U-Pack is often the cheapest, easiest way to move. What makes it ideal? It’s a self-moving service, so you save because you handle everything but the transportation. Keep costs in check by choosing from delivery options and adding only necessary services (like storage). We service most locations in the U.S. and many locations in Puerto Rico door-to-door. If the new address isn’t available for door delivery, we have the option to unload at a local service center.

Questions about the move?

Need to ship household goods to Alaska? Learn how U-Pack is a cheaper and faster than other options. 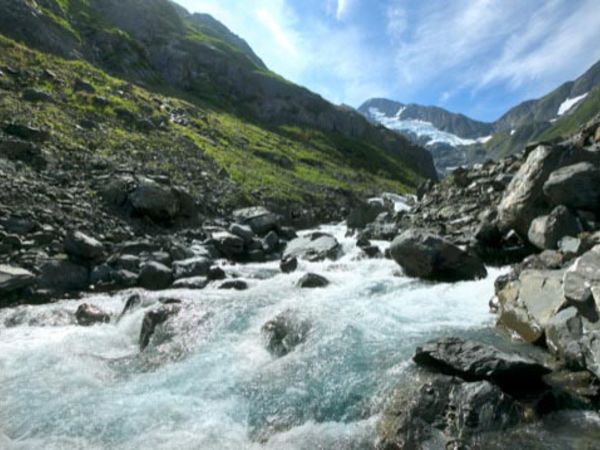 Alaska 101: A Complete Guide for Moving

Thinking of moving to Alaska? Check out this complete guide with 9 things you need to know before moving to the… 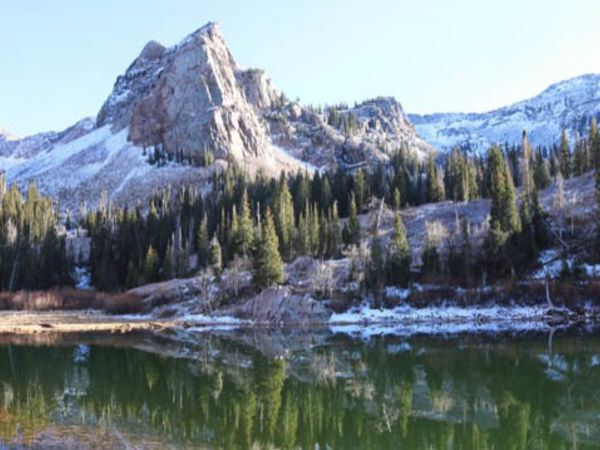