Many of the factors that affect moving costs are very conceptual and complex, but one of the easiest to understand is fuel. Moving from one place to another requires transportation for you and your belongings, and most forms of transportation utilize gasoline. As gas prices change, moving costs sometimes change with them. But how big is the impact? Start with a quick overview of why fuel prices change, and then see how they influence moving costs.

While everything from crude oil prices to manufacturing capacity play a role in how much gas costs, people are probably most familiar with seasonal changes. It’s pretty common to pay more in the summer than the winter. But did you know there’s actually a different gasoline formula for warmer weather, and it costs more to create? It’s not just about higher consumption during summer holidays! Another huge seasonal consideration is the weather. Significant events like hurricanes and blizzards can temporarily shut down production or increase demand.

Location also matters. Some places across the country have higher average gas prices. Variabilities can be due to the difficulty in getting the fuel to those places, the demand (or lack thereof) and the different blends required in each state. So when crossing the country, you’ll see a difference in gas charges from place to place.

The impact of fuel on your move

Gas prices won’t have a major effect on a local move, but they will impact a long-distance move. Covering more miles will require more fuel, so any sort of change is much more noticeable. Here are the three main ways you will see the influence of gas prices on moving rates.

Unless you’re walking or biking to your destination, any trip will require fuel. If you’re flying, fuel is built into the ticket fee, but the impact is negligible. Driving is when you’ll notice it more. Let’s say you’re traveling 800 miles from Atlanta, GA to Fort Worth, TX in a vehicle that gets an average of 25 MPG.  The trip will take around 32 gallons of gas. Using the current national average gas prices of $2.82 for regular unleaded fuel, fuel for this trip would be around $90. However, let’s say the gas prices rise to $4.11 (the highest recorded average cost per gallon), and that trip will be $131.50.

So yes, there can be variation in fuel costs, but in a personal vehicle, it’s not as noticeable since they get decent gas mileage. The clearer shift comes when driving a less fuel-efficient rental truck.

An empty rental truck gets on average just 10 miles per gallon (actual MPG varies by truck model and size). However, a fully-loaded truck gets even fewer MPG because of the extra fuel required to move the heavy load. So let’s say you’re doing that same 800-mile move in a loaded rental truck, getting just 7 MPG. That’s 114 gallons of gas!

At the current average, fuel expenses would be $325, and if they increased to the record high, you’d be looking at $468.

And don’t forget, if you plan to tow a vehicle, the load will be even heavier, requiring more fuel.

Instead of worrying at the pump about paying for fuel, U-Pack is a great moving alternative. As a “you pack, we drive” service, U-Pack factors transportation costs into your moving quote. However, unlike fuel prices which fluctuate daily, U-Pack rates are set months in advance, so you won’t see the instability that comes with paying for fuel along the way.

And while we do include fuel usage in your moving costs, if you don’t use the full trailer, you don’t pay for the transportation of the entire trailer. Any space a U-Pack shipment doesn’t use is loaded with commercial freight headed in the same direction, so fuel costs are split, and your rate only includes a portion.

U-Pack rates include the moving equipment and transportation costs (fuel, liability coverage, tolls), so you can easily see the total expense with a moving quote.

Fuel isn’t the only factor that plays a role in how much it costs to move. Learn what else goes into a moving company's price.

Need help determining the impact of fuel on your move? 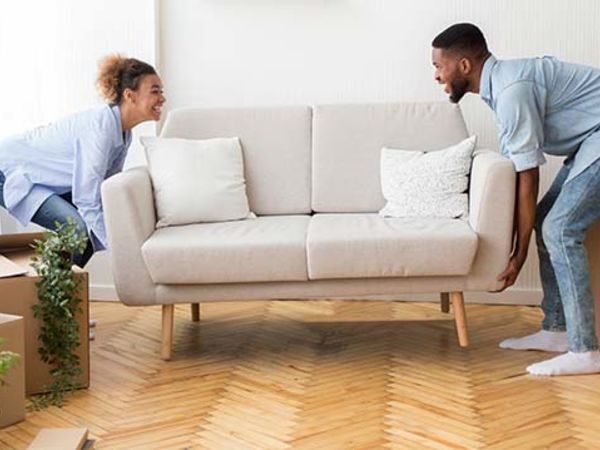 Cheapest Way to Move Furniture to Another State

U-Pack is a cheap furniture shipping solution for moves large and small. See what makes U-Pack the best way to ship… 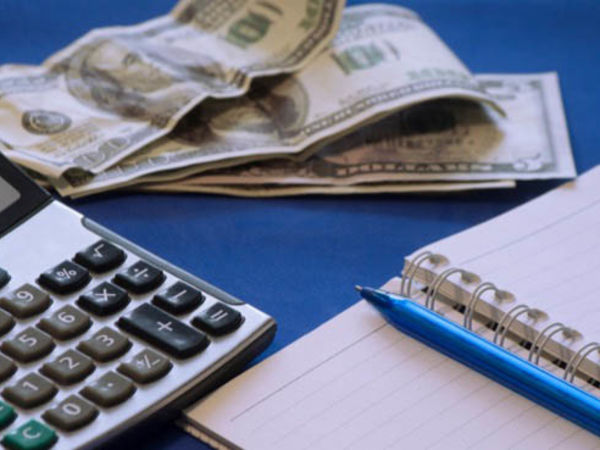 Find out how to easily calculate moving costs and understand what goes into the price. U-Pack makes getting a… 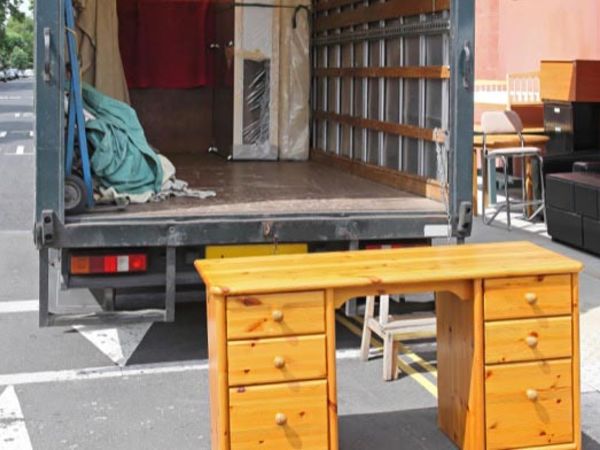 Looking for the cheapest rental truck? Get tips for saving money on a moving truck, and learn about an alternative…